We love to dance, we love to teach and we are all about merriment & dance instruction!

We believe in encouraging and supporting our students at every phase of their dance development.

At Society Hill Dance Academy, established in 2002, we help our students achieve their goals at their own pace and teach all of our dance classes in a style that is clear, supportive and fun. Our beautiful 2 story studio also boasts nearly 10,000 sf of stunning event space including beautiful hardwood floors and large floor to ceiling windows overlooking the trendy East Passyunk Avenue. 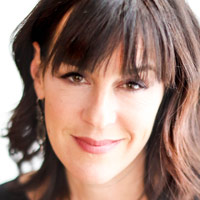 Shana opened SHDA in June 2002. Originally from Apple Valley, Minnesota, where she started teaching more than 20 years ago, Shana trained with coaches from all over the country, was a competitive dancer and eventually opened her own school in Philadelphia. She also runs a nonprofit organization called The Take The Lead Dance Project that brings ballroom and Latin dance to underserviced children in inner-city schools. “Dancing is a beautiful sport that brings people young and old together in a way that does not compare to anything else,” Shana says. “Do not wait until 'someday' to dance!” 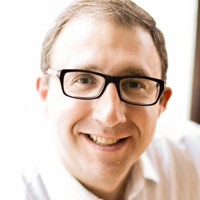 Nodari has taught ballroom and Latin dance in the Philadelphia area for nearly 25 years and has been a valuable, advanced instructor at SHDA for the past 11 years. Nodari is a certified dance professional judge who is highly decorated in national and international Pro/Am competitions. Born in Baku, Nodari studied ballroom dance in Israel and has consulted with and trained dancers worldwide. During his dance career, Nodari has won the “Top Teacher” award at more than 15 national competitions. Nodari has also performed at the Merriam Theater and the USA Rising Star Championships in Smooth and Rhythm dances. Nodari takes pride in watching his students progress as dancers and enjoys the process of making them feel comfortable and confident on the dance floor. When he is not dancing, Nodari enjoys fishing, watching movies, swimming, cooking and playing sports. 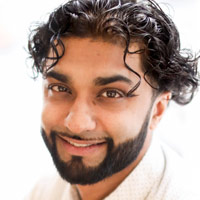 Ro started dancing as a freshman in high school. He started performing at school cultural shows and fundraisers. He attended college in Florida at University of South Florida and joined a fusion dance team. Here he placed in many state and regional competitions. His love of dance has made him proficient in not only Ballroom, but also Bollywood, Bhangra, Hip Hop and Contemporary styles. He recently moved back home to Philadelphia and is finishing his degree in computer science at Temple University. 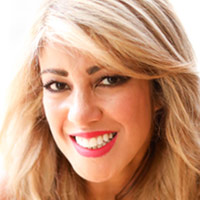 Millie's passion for dance started in high school when she joined a contemporary dance team and discovered the art of dancing. She has traveled internationally pursuing her love of dancing and has participated at dance studios around the globe. Millie has been trained in Ballroom, Hip Hop, Jazz, Ballet, and Belly Dancing. Millie has been teaching dance for 6 years and brings her passion for teaching others to the Society Hill Dance Academy students. She has been trained in Ballroom Dance technique with international champion coaches and has a goal to compete professionally. Millie is also very passionate about physical fitness & exercise and has introduced dance fitness to groups of all ages. She approaches everything in life with a positive attitude and believes that “you fight for what you want in life, despite the odds”. Millie even spends her leisure time dancing when not enjoying quality time with family & friends. 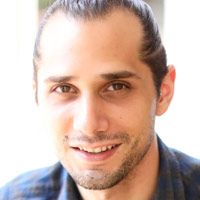 Anthony was born and raised in South Jersey where he began performing on stage when he was 10 years old. He earned a BA in Theater & Dance Performance from Stockton University and has been teaching at SHDA since 2011. Anthony is also a freelance Choreographer for theaters throughout the tri-state area where he brings his creativity and expression to hundreds of dance performers. Anthony gets many of his ideas and motivation from Old Hollywood's Silver Screen. Anthony draws his greatest inspiration from the iconic work of the highly acclaimed Director and Choreographer Bob Fosse who revolutionized musicals with his distinctive style of dance. All SHDA students can benefit from the creative energy and love of dance that Anthony brings to the studio every day. 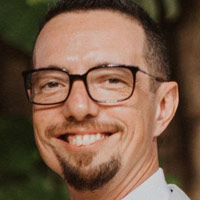 Ilya Reyzin began dancing at the age of five in Russia. By eleven, he was 2nd in the junior division of the Open Russian National Championship. Over the next several years he represented Russia in the multiple international championships achieving top placements in the Latin and Standard divisions. At sixteen, he represented Russia in the World 10-Dance Championship in Austria and finished in the top 10. In 1997, Ilya immigrated to the United States and for the next eight years competed across the country in the Amateur Latin and Standard divisions, placing as an Amateur US National 10-Dance finalist four years in a row. Ilya has received top placements as a Professional in the American Rhythm, American Smooth, and Showdance Divisions. 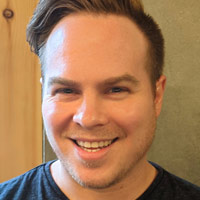 David grew up in Caracas, Venezuela where he started dancing at 2 years old. After high school, he moved to Germany to earn an economics and finance degree before moving to the U.S. in 2010. In the U.S., David originally utilized his business degree to pursue a career in restaurant management and hospitality. He worked as a restaurant manager for 2 years before his love for dance had him switch to a career in Ballroom Dance instruction in 2012. In 2019, David joined the SHDA staff where he provides enthusiasm and an inspiration to improve for both beginner and advanced students. In addition to private lessons for individuals and couples, David frequently teaches group classes where his skill in organizing and managing groups brings an unmatched experience for the SHDA participants. David also brings creativity to SHDA where he utilizes his artistic skills to enhance the experience of all SHDA students. His past involvement in hospitality can be felt at SHDA weekly parties and special events and his fluency in Spanish, German and English allow him to communicate with a wide variety of students. In his spare time, David continues to pursue interior design education and loves to travel, camp, scuba dive, play tennis, and enjoy many outdoor activities. 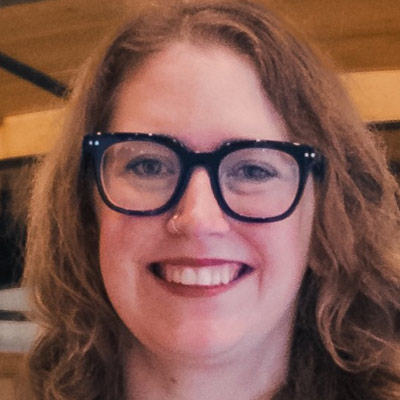 Pam started diving into dance after moving to Philadelphia 10 years ago. A 200-hr certified yoga instructor and generally obsessed with movement arts; you can find her studying circus, gymnastics, or powerlifting as well … anything that gets the body moving! She loves all forms of dance, but one of her favorite dance experiences was studying salsa in Cali, Columbia (the salsa capital of the world!). She particularly enjoys working with LGBT+ and queer couples and exploring fluid leads. As someone who knows what it takes as an adult learner, Pam wants to help you shine on the dance floor with skill, confidence, and ease. 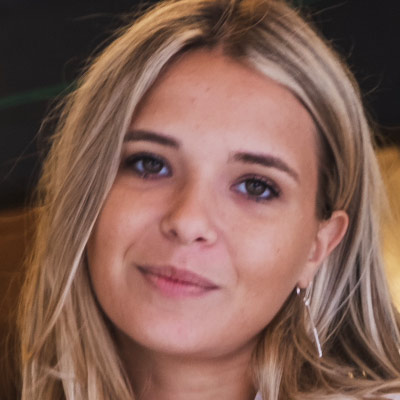 Masha grew up in Cherry Hill, NJ and began dancing when she was 2 years old. Masha launched into ballroom dancing when she was 5 years old where she took lessons and competed at dance studios throughout New Jersey and Philadelphia. Masha studied international ballroom, jazz, hip hop, ballet, contemporary, and American ballroom styles of dance with the highlight of her junior competitive career occurring as a partner with the highly recognized competitive champion, Ilya Reyzin. After completing her collegiate studies Masha has decided to share her love for dance with SHDA students in ballroom as well as other forms of dance. Masha also brings her creative talent to SHDA by enhancing parties, special events, and student communications. In her spare time Masha advocates for animals, enjoys traveling and spending time with family. 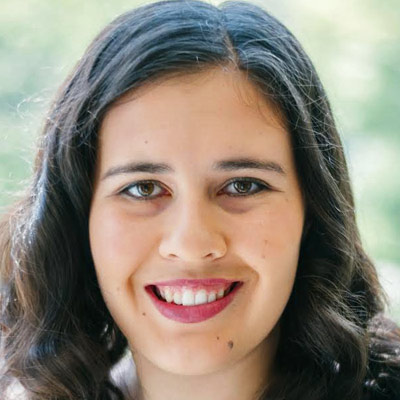 Hailing originally from Phoenix, Arizona, Julianna Boylan graduated from University of Illinois, with her B.F.A. in Dance. Julianna began teaching with Take the Lead Dance Project and transitioned to the studio in 2021. Julianna loves proving to people that anyone can be a dancer. In addition to working as a dance instructor at SHDA, she is a teaching artist with Koresh Kids Dance and the Kimmel Cultural Campus. Throughout her young career, she has intensified her passion for dance by performing and teaching. When she’s not dancing you can find her playing with her golden retriever puppy, Sunny. 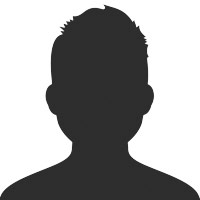 Are you are a highly self-motivated, persuasive, people person with a passion for dance? Are you looking for a unique career that is fun, exciting and rewarding - one that allows you to share your knowledge with others while developing your natural talents? Then we want you. Send us an email telling us why you would make a great addition to our team along with your resume and change your life today!

What do we teach at Society Hill Dance Academy?

Our goal at Society Hill Dance Academy is to prepare you to dance with confidence in any social situation. Our curriculum consists of several basic dances that will allow you to dance anywhere, with anyone, on any occasion! The most common dances are Foxtrot, Waltz, Tango, Rumba, Cha-Cha, Swing, Salsa, Merengue, Samba, and Hustle.

How should I schedule my lessons?

Although we teach at your pace, there are certainly benefits to keeping your lessons close together. You will not only learn faster because the dancing will be fresh in your mind, but you’ll also be able to spend more time learning new material. We encourage you to jump-start your learning by scheduling your lessons at least twice a week to start.

What if I need to reschedule my lesson?

We require a 24 hour notification if you intend to miss a scheduled lesson or you may be charged.

What is a Group Lesson?

A group lesson consists of several students learning from one instructor. Students concentrate primarily on learning steps of a particular dance. Changing of partners is heavily encouraged to further develop your leading or following skills. View the event calendar to check out the current month's schedule and ask your instructor which classes to try out first! Find the right class for you!

What is a Practice Party?

Exactly what it sounds like! Our Practice Parties are an opportunity for you to try out your dancing in a social situation. Many of our students come together to practice their skills on our dance floor, all while socializing and enjoying refreshments in the company of each other. Our parties are on Fridays at 8:30PM.

Where will I use this style of dancing?

We teach a style of dance that is used in any social situation. Although many students come to us initially to learn for a special occasion (for example, a wedding, cruise, bar mitzvah, charity ball, etc.), they find many other times for dance in their personal lives. We also provide studio-sponsored nights out on the town for your enjoyment. Ask your instructor for where you can find dancing venues in the Philadelphia area!